Another image of North Window, looking directly at Elephant Butte. Same day, same general spot as yesterday’s post and image, but this time more of the evergreen tree in the frame. Plus I present both the original color version along side a black and white version below.

Below is an alternatively processed version of the same image above. I love the black and white version for its contrastiness and pop, whereas the color version above seems bland and lacking that special pop I normally like to see in my landscapes. 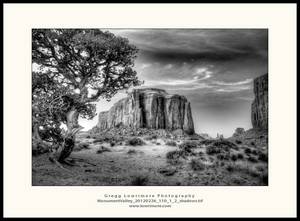 What are your thoughts or preferences? Do you like the black and white version or do you still like the original color version? Why?

One of our first stops on my recent Southwest Photo trip with Steve Parker and Kash Mohammadi, we to Lipan Point Overlook at the Grand Canyon. 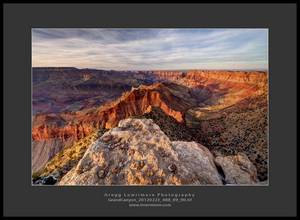 This is one of many, many images being processed from this area now. Stay tuned by subscribing to this blog to the left here and you’ll be sure to be notified when more imagery is published.

Posted in HDR, Landscapes and tagged Arizona, Grand Canyon, Lipan Point Overlook, southwest, sunset by greggl with no comments yet.